Rangers defender Connor Goldson hopes his side can back up their Old Firm win with a long run of victories after collapsing last season after beating Celtic (Sunday Mail).

Former Rangers forward Thomas Buffel has warned his old side of the threat of Standard Liege’s Moroccan star Mehdi Carcela in their Europa League group opener on Thursday (Sunday Mail).

Meanwhile, Celtic midfielder Callum McGregor has urged calm after the 2-0 loss, adding there is plenty of games left this season (Scottish Sun on Sunday).

And Celtic boss Neil Lennon hopes Diego Laxalt can help down his parent club AC Milan when they travel to Celtic Park on Thursday (Sunday Mail).

Hibernian head coach Jack Ross says his side’s start to the season has been positive, but a club of Hibs’ size can still do better (Edinburgh Evening News). 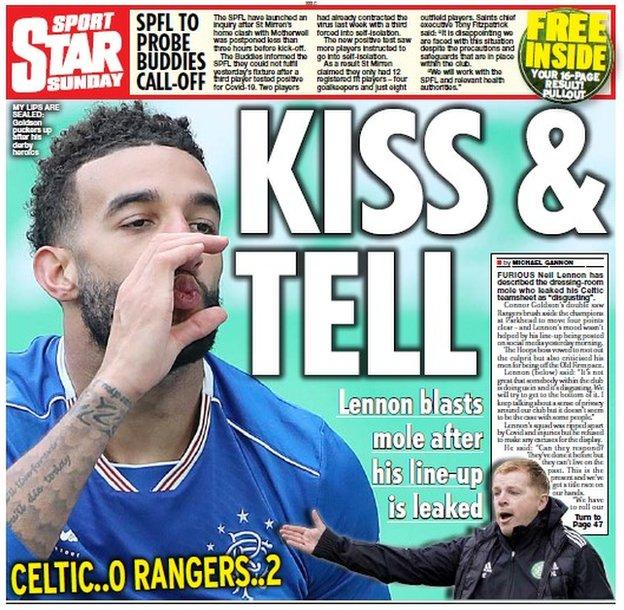