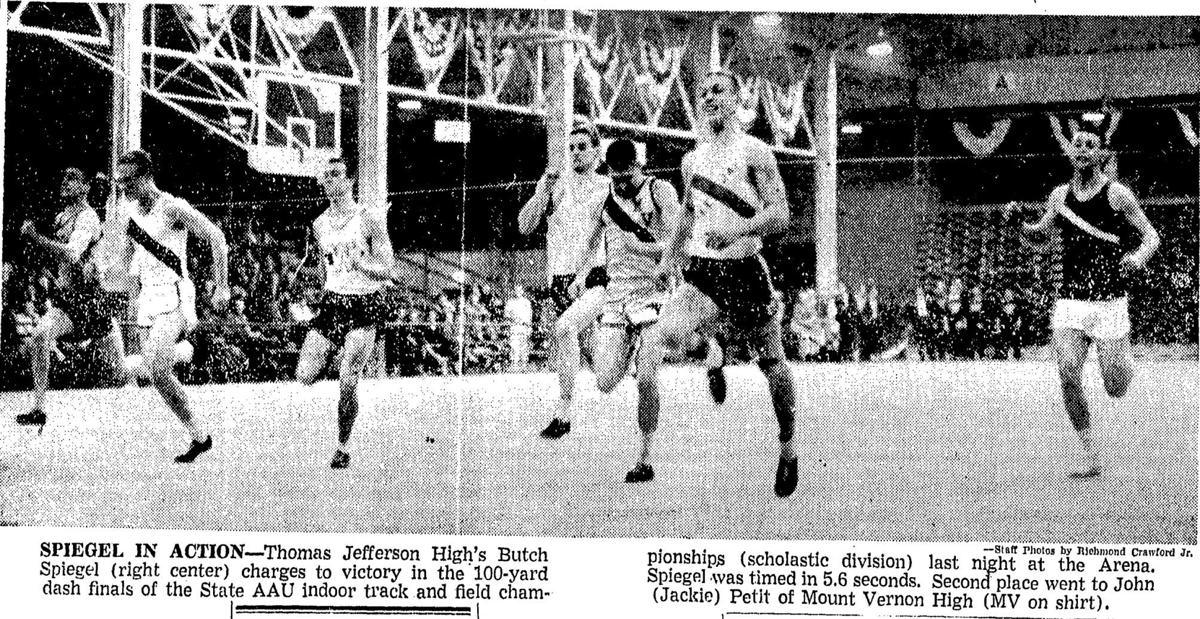 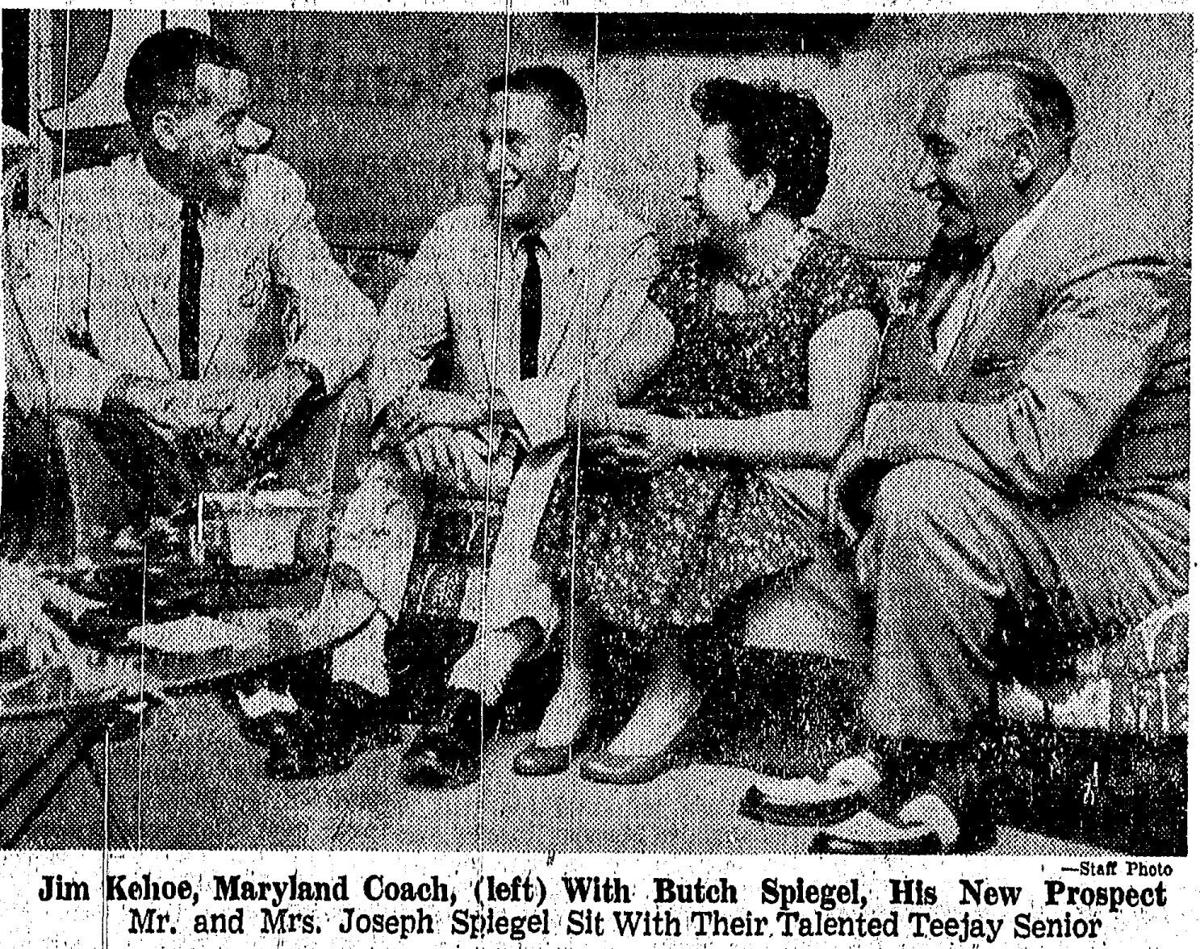 Butch Spiegel commits to Maryland for track and field

In his baseball days at Thomas Jefferson, Butch Spiegel was a batting champion and all-district outfielder. His skill and speed also extended to the gridiron.

It’s soap-box time for the memory man, wondering why a first-rate athlete, with credentials to match, somehow has been overlooked. OK, so it’s been a few years, like covering seven decades, but that shouldn’t make the accomplishments any less significant. Once again we stroll, roll, even cajole, down old-people’s lane. This is Volume 26: “The Six Seconds That Changed My Life.”

The first time he stepped into a starting block, he won. The next time he tied a VMI Field House record in the 60-yard dash. A high school sophomore, he did all of the above with virtually no training for track — at the suggestion of an assistant high school football coach who already knew how speedy the 5-11, 175 pounder was carrying some baggage. Without helmet, shoulder pads, etc., wearing little more than shorts and a smile, there was reason to believe he could flyyyyyy. “I always liked to run,” Jonas Barry Spiegel said, “I knew I was fast … and I liked to win.”

Now, some 65 years later, with a legacy of being one of the country’s premier sprinters, the question is: How has “Butch” Spiegel, of Richmond’s Thomas Jefferson High, managed to avoid being inducted in the Virginia Sports Hall of Fame, much less the state’s high school HOF? Check it out. He had best times of a world-record-tying 6.1 in the 60-yard dash, a 9.5 in the 100 and 21.0 in the 220. Spiegel was a high school All-American in track and field (1956) — when it was an award given nationally to one person per event (and really meant something) — and, while an undergraduate at the University of Maryland, won seven gold medals in three Atlantic Coast Conference championship meets.

Latest news from around the world

only two players in world can beat me at my best

Sports stars used to sit on the sidelines when it came to voter advocacy. Not anymore