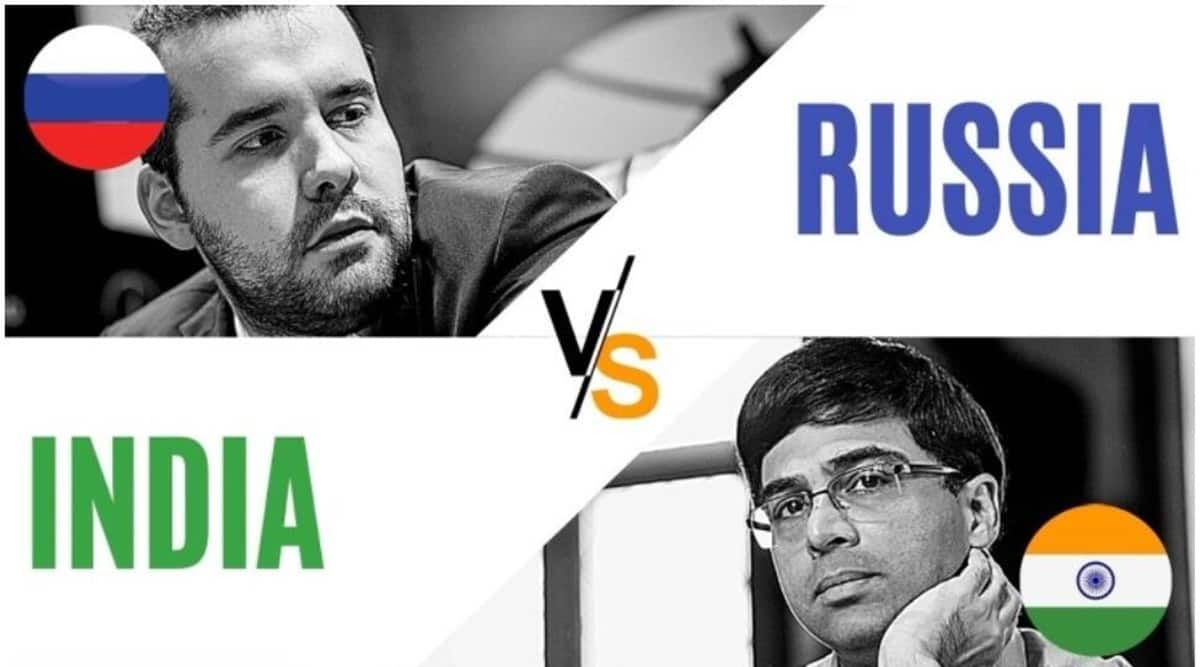 As many as 92,000 people logged in from India alone to watch the final. (Twitter/FIDE)

A server outage resulted in India and Russia sharing the trophy in the FIDE online Chess Olympiad on Sunday. Nihal Sarin and Divya Deshmukh were initially deemed to have lost their matches on the basis of time running out, after the internet connection faltered. Both Indians were holding good positions in their contests. However, a little while later, the International Chess Federation decreed that the two teams be declared joint winners.

The eventual decision came as a relief to the Indians, because when the server crashed and the screens went still, panic had set in amidst the contingent, scattered across different parts of the country. “I did not know what was happening. No one knew how to deal with the situation,” non-playing skipper Narayanan Srinath told official website chessbase.com in the post-match interview before the final verdict had been announced.

🇷🇺 Russia and India 🇮🇳 are co-champions of the first-ever FIDE Online #ChessOlympiad.

When the internet connection went haywire, there was a sense of shock and disbelief. For they were on the brink of a historic victory. After a deadlocked first round, Sarin and Deshmukh, both in the junior category, were enjoying the ascendancy over their Russian opponents, Andrei Esipenko and Polina Shuvalova. Deshmukh had laid a difficult trap for Shuvalova while Sarin was assured of at least a draw against Esipenko. Koneru Humpy, who had lost 18 seconds of her match, had just earned a precious win. Their world was suddenly falling apart. Srinath, though, had the presence of mind to consult the arbiter, who told him to wait for 15 minutes. “How could I? I was impatient and my head was spinning. But in that time, we had a brief one paragraph ready so that we could lodge the complaint at the earliest.”

The next 30-odd minutes might have felt like 30 hours. R Praggnanandhaa, sitting in his house in a Chennai suburb, felt his heart sink. He sister R Vaishali was at a loss of words. Miles away, in Thrissur, Sarin twitched and twirled restlessly on his chair, unable to grasp the situation. the usually sanguine Viswanathan Anand said he could feel sweat dripping on his brow. “There was so much tension around that I didn’t know how to react,” said Praggnanandhaa, who had drawn his match against Alexey Sarana, a contest he felt he should have won.

The Indians nursed little hope, as FIDE had been stern with the implementation of the internet-outage rule, which states that it’s players’ prerogative to ensure stable internet connectivity. A few days ago, in the quarterfinal against Armenia, India had an internet disruption working in their favour, though in their group game against Mongolia, they had to settle for a draw after the connection went kaput.

So, the strain of pessimism was not unfounded. “I was not hopeful (that FIDE would overturn the decision),” admitted Srinath.

We are the Champions!! 🇮🇳🥇Super happy!
Congrats to Russia as well! #ChessOlympiad

The eventual result came as a pleasant surprise for the Indian team. Anand’s tweet summed up the bitter-sweetness of the feeling aptly: “We are the champions. Congrats Russia!” Humpy felt it was strange. “Well, it is a bit strange that we lost due to server failure and our appeal was accepted. Well I can say, we fought till the end,” she tweeted.

Meanwhile, the Twitter world frenziedly celebrated India’s triumph, especially the contribution of youngsters. “The silver lining is how the youngsters have performed under pressure. It’s a great sign for the country,” said Grandmaster RB Ramesh, who felt the internet outage was unfortunate but sharing gold was a sensible way of dealing with the setback.

Explained | ‘Armageddon’, the penalty shootout of the chess pieces

It was a deliberate ploy to field back-up and younger players in the Indian team. For instance, Anand let Vidit Gujrathi open the first round against Ian Nepomniachtchi. He also let Pentala Harikrishna a game in the first because he had a match in the Polish league lined up later in the day. “We always ensured that it was not just the top four who always got the game. We were keen to use the bench and provide them with good exposure. Sometimes, we overlook the juniors,” Anand said in an interview to chessbase.com. Looking at the bigger picture, the server blackout was a reminder that online chess is only a practical alternative in difficult times, not a failsafe solution for the future. The popularity of the sport has boomed online due to the pandemic-enforced standstill, but the online platform can’t be the future of the game.

As many as 92,000 people logged in from India alone to watch the final, while almost a million watched it around the world. Many of the popular chess-hosting websites increased their server capacity to meet demand, technicians and engineers were asked to work overtime, and others were hired to handle the global rush. But the frantic end of the final day showed that technology is not infallible. It almost cost India its first Olympiad gold medal.

For all the latest Sports News, download SKYCHURP App.