Nine Texas high schools got nods from national publications ranking the best football teams in the country this week, but determining who sits at the top of the state depends on where you look.

USA TODAY and MaxPreps both rank seven Texas teams in their respective top 25s, the most from any one state on each list. Florida is the next closest, boasting five teams and the No. 1 spot according to both outlets.

Though both sites agreed IMG Academy in Bradenton, Fla., is the best team in America entering the 2020 season, there were some discrepancies surrounding how Texas schools stacked up. USA TODAY named Class 6A Div. I state runners up Duncanville as the No. 2 team, but MaxPreps ranked North Shore second and Duncanville sixth.

If Duncanville continues the dominance that resulted in back-to-back state championship appearances, its Week 4 matchup against IMG will be a clash of the titans.

Other Dallas-area teams in the USA TODAY rankings include No. 19 Allen and No. 22 Denton Guyer. Southlake Carroll and Denton Ryan got recognition from MaxPreps, coming in at No. 11 and No. 19 respectively. Allen also made the cut at No. 24.

You can see all the Texas teams ranked by both outlets below. 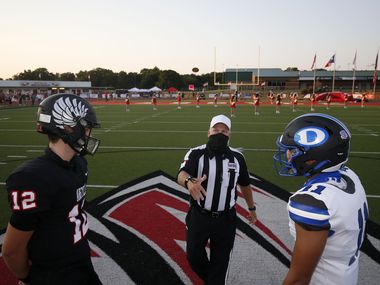 To view subscription options for The News and SportsDay, click here.

Study looks at childbirth experiences during COVID-19 in the USA