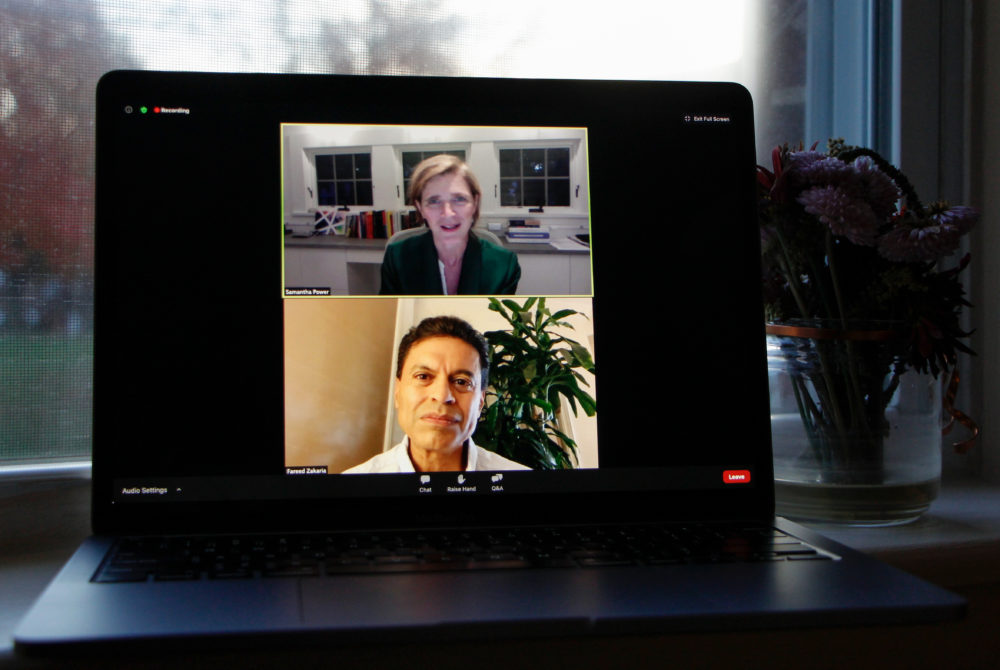 Zakaria said the COVID-19 pandemic can be compared to both 9/11 and the global recession at the end of the 2000s because all three of these events started small but quickly affected the course of world history.

A CNN anchor discussed the COVID-19 pandemic’s impact on the United States and the rest of the world at a webinar Wednesday.

Fareed Zakaria, the host of Fareed Zakaria GPS and a columnist for The Washington Post, talked about how the world might appear in a post-COVID-19 world, which he covered in his latest book, “Ten Lessons for a Post-Pandemic World.” Samantha Power, Pulitzer Prize-winning author and former United States Ambassador to the United Nations moderated the event, which was hosted by Politics and Prose Bookstore.

Zakaria said the COVID-19 pandemic can be compared to both 9/11 and the global recession at the end of the 2000s because all three of these events started small but quickly affected the course of world history.

“On 9/11, 19 guys with box cutters boarded four planes, and think about what the effect of it was: a global war on terror, the United States goes to war in two different countries, countries around the world change their security systems,” Zakaria said.

He said the COVID-19 pandemic is the most consequential event of the three because it has affected “every human being on the planet.”

“Everyone from everywhere has in some way had their lives dramatically changed as a result of it,” he said.

Taiwan deserves the “gold medal” for coronavirus management, Zakaria said. He said that while Taiwan “perfected” methods like fast testing and contact tracing to isolate potential virus spreaders quickly, the United States still does not have those systems in place.

“Corralling all of that together requires that the president and the White House are really on it and driving that process through,” he said.

Zakaria said in the wake of the pandemic and an increase in the devastation of natural disasters, the world needs to look for a more resilient and sustainable model of technological and economic growth.

Political polarization in the country is increasing, and that political identity now affects the social, economic and cultural identities of Americans, he said.

Zakaria said he anticipates an increase in international collaboration if Joe Biden is elected president and he expects Biden to embrace international allies once again, after four years of “ire” that President Donald Trump has directed toward them.

He said the world needs a blend of “competition and cooperation” on the global stage to protect prosperity.

“Human beings, biologically, have survived as well as they have because of a strange mix of competition and cooperation,” Zakaria said. “We need enough competition to bring out the best in us, but we’ve always needed cooperation to survive, and I think we need that more than ever.”

He added that following the Black Death of the 14th century, art blossomed during the Renaissance, and he expects a similar effect to occur once the current pandemic ends.

“Art comes out of the deepest expression of being human,” he said. “We produce art and we consume art because, without sounding too corny, it nourishes our soul.”

Stay up to date on GW, D.C. news related to the virus. READ MORE

Texas natives Minter for Braves, May for Dodgers in NLCS G5 | Sports