In dealing with Chinese powers, Delhi needs an internationalism that is rooted in realism 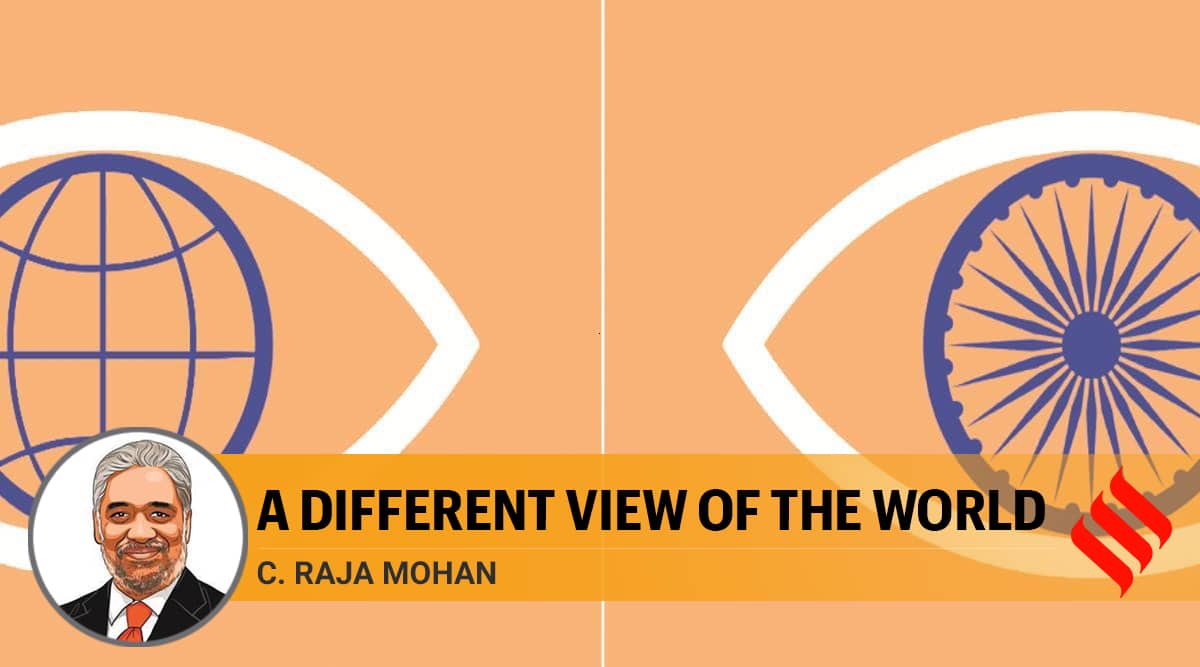 After the Cold War, India re-embraced Asianism in the 1990s when it unveiled the Look East Policy and joined the Asian regional institutions led by the Association of South East Asian Nations. (Illustration by C R Sasikumar)

A forgotten international conference, a hundred years ago this week, offers enduring insights into the perennial tension between globalism and localism. Three current developments reveal the inevitable clash between grandiose internationalism and the intractable nationalism.

One is Delhi’s decision to pull out of this month’s military exercise of the Shanghai Cooperation Organisation, which was to herald a new era of Eurasian unity. But the ambition to unite a large geopolitical space, however, is being trumped by the sharpening contradictions between India and China. Second, is the Turkish President Recep Tayyip Erdogan’s claim to leadership of the Muslim world that has run into resistance from a large section of the Arab rulers who have not forgotten the Ottoman imperial rule. Third, is the tension between the globalism of the US foreign policy establishment and Donald Trump’s “America First” nationalism. Democratic presidential nominee Joe Biden’s promise to restore America’s “global leadership” is struggling to overcome Trump’s argument that the US must rather take care of itself.

But first to the international conference a century ago. In early September 1920, the newly-minted Revolutionary Russia and the Communist International (Comintern) backed by Moscow convened the “Congress of the Peoples of the East” in Baku (now in Azerbaijan). Its agenda was to spread the revolution to Asia amidst the setbacks to left forces in Europe.

But the promised “new dawn” in Asia was as elusive as the European revolution. Although the framework of the Baku congress was about the East as a whole, the focus was on the Muslim populations on the periphery of Russia. Grigory Zinoviev, the head of the Comintern, which convened the congress called on the 2,000 odd delegates to wage a “holy war” against the imperialist forces, especially the British Raj.

But Communists in Russia ran into a problem that all future revolutionary forces would inevitably confront — the need to balance national interest against declared ideological commitments. As the prospects for trade with Britain opened up, the Soviet Union agreed to scale down its jihad against the British empire in the East. The Comintern also found Muslim nationalism and conservatism as impossible allies in promoting the Asian revolution.

National purpose, in some cases at least, may well be baked into the framing of a universal ideology. Some scholars argue Moscow’s internationalism is very much part of Russian religious tradition and its self-perception as a redeemer of both the West and the East. Critics of liberalism have long pointed to the difficulty of separating the geopolitical interests of the West and its internationalist ideology. China’s claim that the Belt and Road Initiative is about “international public goods” is part of a hoary tradition in which great powers present their own interests in universalist terms.

Opinion | While seeking equilibrium with China, diplomatic adjustments through give-and-take must be explored

But the communists in both countries and their supporters in Russia and the Comintern had the unending problem of how to deal with nationalist forces. The CCP’s success in winning state power and the CPI’s failure have not ended their continuing difficulties with Chinese and Indian nationalism.

The inability of the Baku Congress to set the east ablaze has not stopped the frequent re-emergence over the last century of messianic claims for liberating the world. China’s Mao Zedong accused Russia of abandoning the revolutionary spirit and embarked on an adventurism of his own.

The Islamic world has long been vulnerable to sweeping ideas of internationalism. Erdogan’s Islamist politics has a long lineage. The Muslim Brotherhood, the Islamic revolution in Iran, al Qaeda, and the Islamic State have all sought to liberate the Islamic world. But none of them has been able to transcend the nation-state system of the Middle East.

Opinion | Anxiety in China stems from the CPC’s insecurity

Marxists and Muslims are not the only ones who are in the thrall of expansive internationalism. Western liberalism has had more power than anyone else to promote internationalism. But the liberal internationalist effort at constructing supra-national institutions that seek to rearrange the political and economic structures of other societies, after the collapse of the Soviet Union, now faces big setbacks.

The greatest resistance to the liberal internationalist vision has not come from Iraq or Afghanistan, but from within the US. It was Trump who channelled the American resentments against the globalist excesses of the Wall Street, Washington and the Silicon Valley.

The Indian elite has not been immune to messianic temptations. As Indian nationalism came of age between the two world wars, it was inevitably influenced by liberal internationalism, socialism, communism, pan-Islamism, pan-Asianism and Third-Worldism to name a few. It has been hard to shake off those impulses despite the repeated knocks from real-life experience.

Pakistan can’t discard pan-Islamic ideology despite its growing problems with important sections of the Muslim world. On top of it, Pakistan has struggled to cope with its relative economic decline vis-a-vis India and the growing economic linkages between India and much of the Islamic world.

Notwithstanding the Indian romanticism, both the Asian Relations Conference (Delhi 1947) and the Afro-Asian Conference (Bandung 1955) showed up the deep differences among the Asian elites. India then turned its back on Asianism to claim the leadership of the broader Non-Aligned Movement, that never acquired the needed strategic coherence.

After the Cold War, India re-embraced Asianism in the 1990s when it unveiled the Look East Policy and joined the Asian regional institutions led by the Association of South East Asian Nations. But few could have anticipated that Delhi would eventually walk out of one of the most consequential agreements negotiated by the ASEAN — the Regional Comprehensive Economic Partnership (RCEP) — that sought Asia-wide economic integration. Delhi believed that the contradiction between India’s domestic commercial interests and a China-led Asian economic regionalism was irreconcilable.

Even more difficult has been the tension between Eurasian regionalism led by Moscow and Beijing and the deepening conflict between Indian and Chinese interests. India’s diplomatic finesse on the SCO has become increasingly unsustainable after Chinese aggression in eastern Ladakh.

Delhi’s pursuit of economic regionalism in East Asia and a multi-polar world in partnership with China and Russia had severely underestimated the economic and political consequences of China’s rapid rise. As in the 1950s, so in the 1990s, India took a benign view of Chinese power and has been shocked to discover otherwise in 1962 and in 2020.

On both occasions, fanciful tropes of messianic internationalism — pan-Asianism in the 1950s and the quest for a multipolar world since the 1990s — prevented Delhi from recognising the problems with Chinese power.

India today needs more internationalism, than less, in dealing with the Chinese power. But it must be an internationalism that is rooted in realism and tethered to India’s economic and national security priorities.

This article first appeared in the print edition on September 1, 2020 under the title ‘A different view of the world’. The writer is Director, Institute of South Asian Studies, National University of Singapore and contributing editor on international affairs for The SKYCHURP

For all the latest Opinion News, download SKYCHURP App.

Patti Smith: ‘I feel the unrest of the world in the pit of my stomach’ |…