Access to medicines at prices that the patients can afford has been a recurrent concern for the global community ever since the Agreement on Trade Related Aspects of Intellectual Property (TRIPS) was adopted as one of the covered agreements under the World Trade Organisation (WTO). The TRIPS Agreement is a charter for strengthening intellectual property rights (IPRs) and over the past 25 years, there are instances galore where holders of intellectual property have exercised their rights to extract exorbitant rents from the users of proprietary products.

Possibly the most glaring of such examples was the exceptionally high prices that several large pharmaceutical companies had charged after the onset of HIV/AIDS, the last major pandemic that had worldwide ramifications.

A response against such excessive rent-seeking came from the developing countries, led by India, South Africa, and Brazil, who proposed that additional flexibilities must be incorporated in the TRIPS Agreement, enabling WTO member countries to address public health concerns. The TRIPS Agreement and Public Health proposal was backed by 60 developing countries, including 41 belonging to the African Group, before it was adopted at the Doha Ministerial Conference in 2001. 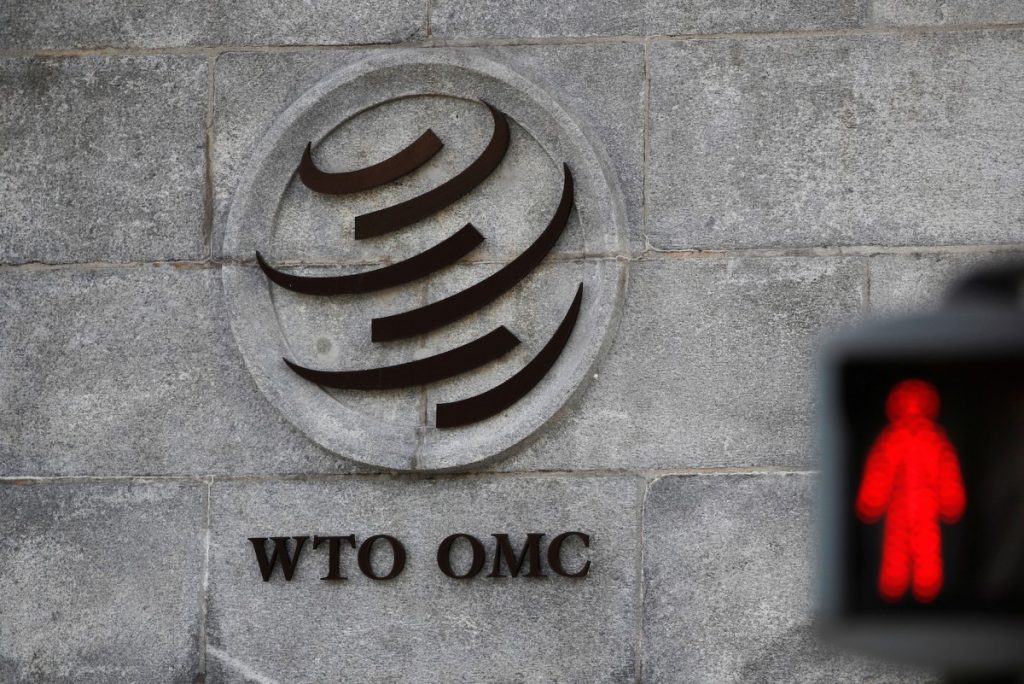 A logo is pictured outside the World Trade Organization (WTO) headquarters next to a red traffic light in Geneva, Switzerland. Photo: Denis Balibouse via Reuters.

The COVID-19 pandemic has once again brought a similar response from India and South Africa. The two countries have tabled a joint proposal, which is being discussed by the TRIPS Council, seeking a waiver from certain obligations under the agreement for the “prevention, containment, and treatment of COVID-19”. Kenya and Eswatini have also become co-sponsors of the proposal.

Using the provisions of Article IX of the Marrakesh Agreement Establishing the WTO, the proposal makes a request to the General Council of the WTO, to waive the implementation, application, and enforcement of four forms of IPRs covered by the TRIPS Agreement for some years. These forms of IPRs mentioned in the proposal are, copyright and related rights, industrial designs, patents, and trade secrets, for the containment or treatment of COVID-19. It should be noted here that the waiver of legal obligations under WTO agreement is not new. Since 1995, nine waivers were granted and of these, three were from TRIPS obligations.

One significant question that arises here is the following: what are the advantages of the India-South Africa proposal in addition to the existing flexibilities in the TRIPS Agreement to address public health exigencies? The first major benefit is that while the existing flexibilities address public health concerns arising from the exercise of patent rights over medicines, the waiver proposal covers all medical products, including diagnostics, therapeutics, vaccines, and medical equipment required exclusively for preventing the spread and to cure the humanity of the virus. In other words, the waiver proposal does not seek a waiver of members’ obligations with regard to IPRs on all other medical products.

In order to effectively respond to the COVID-19 pandemic, a wide range of medical products have become absolutely essential. Many of these products, including their parts and components, are often proprietary items; they are protected through various forms of IPRs, mainly, copyrights, trademarks, industrial designs, and patents. Each of these forms of IPRs pose challenges to the mass production of these products. For instance, copyrights on the software source codes of diagnostic platforms can adversely affect their large scale production, thus increasing the cost of diagnostics for the patients. A similar limitation can arise if industrial designs are used to protect medical products or their components.

Trade secret laws came into prominence after global pharmaceutical companies insisted on using them to protect their clinical trials’ data, generated prior to obtaining marketing approval of proprietary medicines. The companies have sought enforcement such laws in all WTO member countries in order to prevent regulatory agencies from using their data for approving generic versions of the medicines. The TRIPS Agreement does not require member countries to do so; it only mandates that regulatory agencies must protect clinical trials’ data against “unfair commercial use”. Waiver from the application of trade secrets would allow regulatory agencies to use some of this data in the public interest and to facilitate prompt entry of generic medicines in the market.

The process of producing COVID-19 vaccines have brought forth several instances where companies have not allowed critical information about the safety and efficacy of their products to be put in the public domain. An editorial in a recent edition of the Nature magazine has revealed that “a worryingly high number of people around the world” have said that they would not get inoculated. This would keep them exposed to COVID-19 and would delay the end of the pandemic. The factors driving people to reject the vaccines include “concerns about approvals being rushed, suspicion of the pharmaceutical industry and a pandemic of vaccine misinformation are combining to erode the public’s trust in the process by which vaccines are approved for use”. The concerns in the minds of the public at large can be put to rest if authorities do not allow safety and efficacy data for COVID-19-related medical products to be treated as trade secrets. 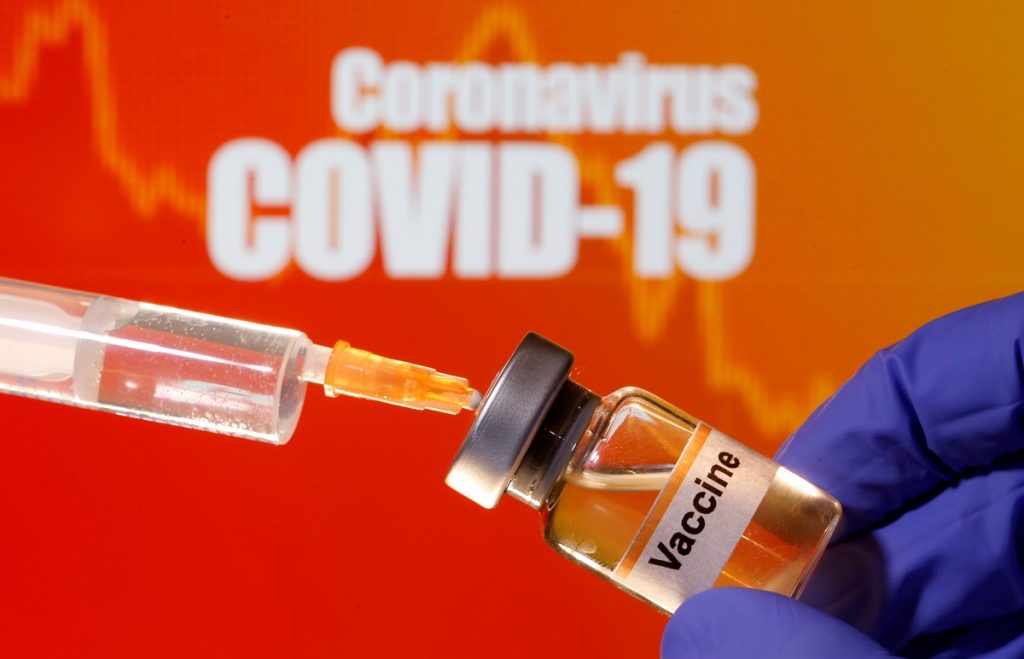 COVID-19 has triggered a huge demand for medical products, which is unlikely to decline soon, if the current predictions about the pandemic are any indicator. But in many countries, supplies have often not been able to keep pace with the growing demand. There is, therefore, a case for these medical products to be treated as global public goods and for creating an enabling environment for their production by both private and state-owned enterprises. However, in most developing countries, adequate public funding and access to appropriate technologies have both been seriously inadequate for facilitating production and ensuring the availability of these medical products to meet the burgeoning demand. As always, IPRs have often been an impediment to transfer of technology and know-how.

Countries like India are facing certain limitations in accessing technologies for producing medicines for COVID-19 even for a medicine like remdesivir, which is being used to help patients and is not a cure for the viral infection. A few Indian companies were granted voluntary licences by the originator company, Gilead Sciences, but these have two limitations. One, the prices at which the product is currently available in India are relatively high, and two, the medicine cannot be exported to other countries. A waiver from the application of patent provisions of the TRIPS agreement would enable the availability of medicines for COVID-19 at affordable prices as patent monopoly can then give way to a competitive marketplace.

The major task for India and South Africa is to ensure strong backing for the waiver proposal from within the WTO and outside. The most important first step towards this end is to garner the support of like-minded countries, as was done in case of the TRIPS and Public Health proposal. It seems some ground has already been made – in the TRIPS Council Meeting held on October 16, 13 member states, including India’s South Asian neighbours, Bangladesh, Nepal, Pakistan, and Sri Lanka, fully supported the proposal, while 14 others, including China and Nigeria, gave qualified support. The intergovernmental organisation, UNAIDS was also fully supportive of the proposal.

In a member-driver multilateral system, effective coalitions are vital for norm setting. Developing countries understand this very well since they have benefited by adopting this strategy. It is also a fact that such coalitions have relied on effective leadership, which India and South African have provided in the past. At this critical juncture for humanity, the two countries must ensure that their important joint initiative realises the desired objectives.

World Series: Rays Bounce Back With a Narrow Win Over the Dodgers