The world in brief

PARIS — French President Emmanuel Macron denounced what he called an “Islamist terrorist attack” against a history teacher decapitated in a Paris suburb Friday, urging the nation to stand united against extremism.

The teacher had discussed caricatures of Islam’s Prophet Muhammad with his class, authorities said. The suspected attacker was shot to death by police after Friday’s beheading.

Macron visited the school where the teacher worked in the town of Conflans-Sainte-Honorine and met with staff after the slaying. 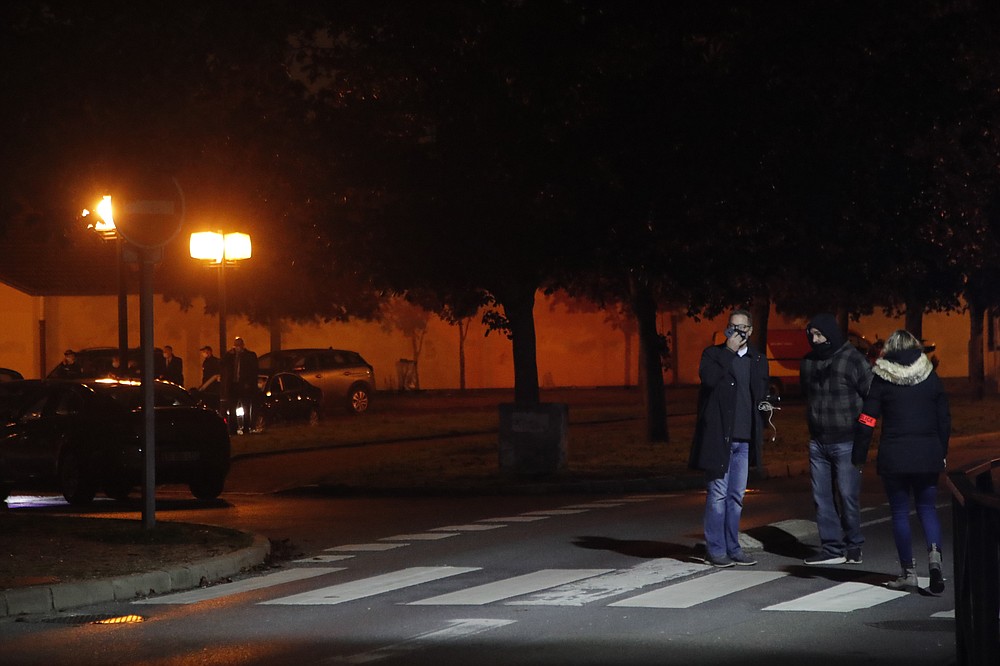 French police officers gather after a history teacher who opened a discussion with students on caricatures of Islam’s Prophet Muhammad was decapitated in a French street on Friday and police have shot the suspected killer dead, Friday, Oct. 16, 2020 in Conflans-Saint-Honorine, north of Paris. (AP Photo/Michel Euler)

“One of our compatriots was murdered today because he taught … the freedom of expression, the freedom to believe or not believe,” Macron said.

He said the attack shouldn’t divide France because that’s what the extremists want. “We must stand all together as citizens,” he said.

The killing of the teacher occurred in the town of Conflans-Sainte-Honorine while the suspect was killed by police in adjoining Eragny.

A police official said the suspect, armed with a knife and an airsoft gun, which fires plastic pellets, was shot dead about 600 yards from where the male teacher was killed.

The teacher had received threats after opening a discussion “for a debate” about the caricatures about 10 days ago, the police official told The Associated Press. The parent of a student had filed a complaint against the teacher, another police official said, adding that the suspected killer did not have a child at the school. The suspect’s identity was not made public.

BRUSSELS — The European Union on Friday imposed sanctions on seven ministers recently appointed to the Syrian government, blaming them for playing a role in the continued crackdown on civilians in the war-ravaged country.

Asset freezes and travel bans in Europe were imposed on the seven, who include the ministers for justice, finance, transport, education and culture. Most are accused of sharing “responsibility for the Syrian regime’s violent repression of the civilian population,” the EU said.

With the new sanctions the number of people targeted by EU measures has increased to 280. A further 70 “entities,” including organizations, banks and companies, are also on the blacklist, usually for benefiting from their ties with the regime.

The EU first started imposing the sanctions in 2011. The measures also include a ban on oil imports, investment restrictions, a freeze on central bank assets held in the EU, and export limits on equipment and technology that could be used to crack down on civilians or monitoring their phones and internet.

HANOI, Vietnam — Rescuers in Vietnam recovered the bodies of 11 army personnel and two other people who were buried in a landslide while trying to reach victims of another landslide, state media reported Friday.

The army officers were resting at a forest ranger outpost when part of a hill collapsed and engulfed the building with earth, rock and debris on Tuesday. Only eight people in the team escaped, Vietnam News reported.

They were on their way to a landslide at a hydroelectric plant construction site in Thua Thien-Hue province that left dozens missing. That site is still inaccessible.

Flooding in central Vietnam has killed at least 36 people since last week. Floodwaters are receding but the country is bracing for another rain spell this weekend as a tropical depression heads toward the region.

The Air Quality Index in New Delhi rose past 270, according to SAFAR, India’s main environment monitoring agency, after agricultural fires in neighboring states sent smoke billowing across the city. The World Health Organization deems anything above 25 as unsafe.

The national capital, one of the world’s most polluted cities, enjoyed a respite from air pollution up until September in part thanks to a virus lockdown. But with industrial activities resuming and cars back on the roads — along with the onset of cooler weather and less wind — air quality in the city has once again fallen to unhealthy levels.

October is also the time of year when farmers in neighboring regions, including the states of Haryana and Punjab, set fire to their post-harvest fields to clear them, despite there being a ban on it.

That smoke travels to New Delhi, leading to a surge in pollution levels in the city of more than 20 million people and exacerbating what is already a public health crisis.

Health experts say high air pollution levels over a prolonged period have compromised the disease resistance of people living in New Delhi, making them more susceptible to the coronavirus. 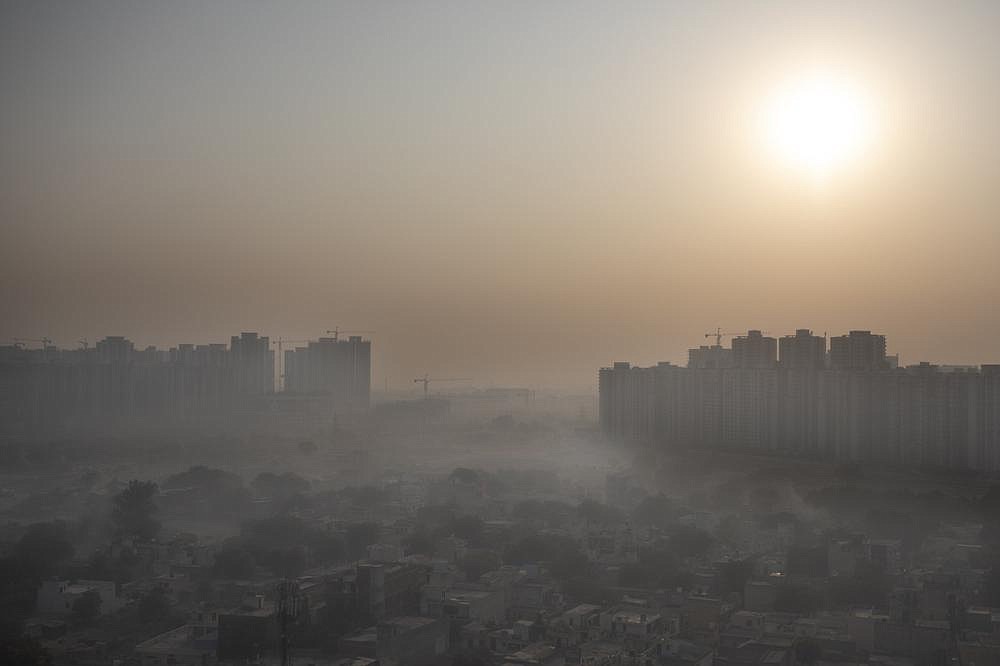 Morning haze envelops the skyline Friday on the outskirts of New Delhi, which is one of the world’s most polluted cities.
(AP/Altaf Qadri)